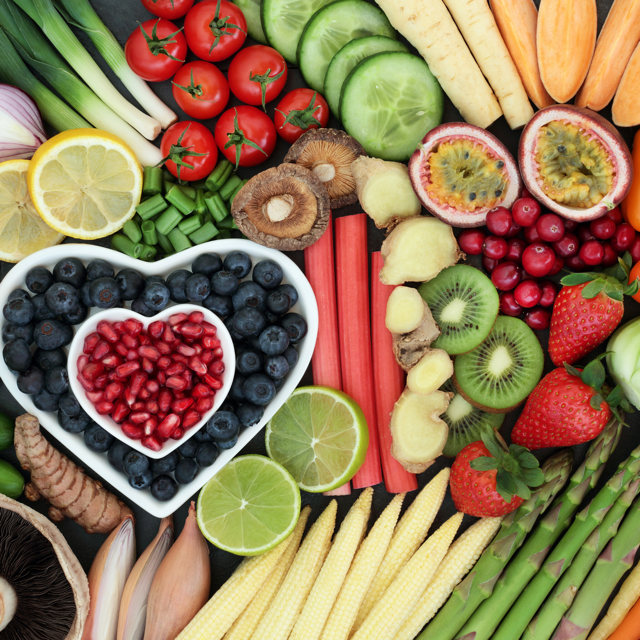 It’s nearly Christmas, a season we see as over indulgent and excessive, but come January we will feel like we have to rein it all in and punish ourselves. Living in this black or white mentality, can be really damaging and is actually how a lot of us live all the time (i.e. yo yo dieting,) not just at Christmas!

I’ve studied Eating Psychology and Diet and Nutrition, but I’ve also had an unhealthy relationship with food myself. And that’s why I really wanted to start Kale and Cake, providing a comprehensive service. It was a combination of things that got me into a good place such as gaining knowledge of good nutrition, and also understanding the psychology of why I was eating.

For me one of the best things about feeling in a good place with food is not a healthy body (although it’s a good bonus) it’s the mental freedom. All that time spent obsessing about what I should or shouldn’t eat, beating myself up for overeating and planning for the next diet – that can be spent on something SO much more worthwhile.

That’s why I think Eating Psychology is so important. When we want to change our bodies, or our habits with food, we go on a “diet,” a “reset,” or a “detox” or “eliminate sugar.” We always look at WHAT we eat, but not WHY, And unless you change your thinking, you will never make long lasting changes to your body.

As women, we can often be self-deprecating, and always find blame in ourselves. It’s my fault! Why can’t I resist? Why don’t I have any willpower? Why can’t I be skinny? Why can’t I stop eating? But actually there’s a whole host of reasons why you could have a bad relationship with food that are not anything to do with you. 95% of the clients I see have a bad relationship with food as a result of influences in their childhood.

One of those influences can be exposure to dieting and weight loss as a result of peers, parents or the media and therefore from a young age, dieting and trying to control weight is the norm. However, if you’ve been on and off diets for a long time, and grown up on them, it means that you might not actually have learnt how to eat normally. And by normally, I mean listening to and trusting your own body. Diets desensitize us to our own hunger and fullness signals. They by nature restrict – they tell us when to eat, what to eat, what to exclude and how much to eat.

We’re effectively outsourcing our eating to other people, and handing a primary biological function to someone else! How does someone else know how hungry we are, how much food we need, what food we need, how much exercise we’ve done, how are hormone levels are, when our period is due? How can this one diet suit so many different people – shapes, sizes, temperaments, metabolisms, preferences, lifestyles?

It’s really interesting looking at the studies around Dietary Restraint Theory. One study by Herman and Polivy in 1984, showed that when dieters felt they had broken a diet rule, it could trigger consumption of more food (regardless of hunger and fullness cues.) It is called the “What the hell effect.” This is often why dieters end up caught yo yo dieting and going round in a cycle – breaking the diet rules, binging, feeling guilty and starting the restriction again only to repeat the cycle. Even the perception of breaking a diet can have the same effect, as shown by Herman and Polivy 2002 who gave two groups of dieters chocolate cake, but told one it was low calorie and the other it was full fat. The dieters that perceived they had broken their diet by eating the full fat cake went onto eat twice as many snacks afterwards.

The reality is we are all born with the innate ability to know when we’re hungry and when we’re full. Children do it naturally, it’s very hard to get a child to eat something that they don’t want – they know how hungry they are, what food they want and when they’ve had enough. It is the dieting that stops us trusting our bodies, and getting back in tune with that again after dieting for my clients can take some time.

Another childhood influence can be the restriction of “bad” food. The problem with labelling food as “bad” is that you can end up overeating on it as a form of rebellion. Let’s be honest, no one ever sits and binges on a “good” food like avocados, no matter how much you love them. It’s human nature to crave anything that’s out of bounds. It’s called “the forbidden fruit phenomenon” – we are driven to want what we can’t have. In studies Jansen and Mulkens in 2007 told children they could eat as many M&Ms as they liked, but not the red ones. They all taste the same, and the only difference was that they were told they were not allowed to eat the red ones, and yet the red ones were the most consumed. Research is finding that the more a parent restricts a child’s eating, the more it creates a rebound effect causing the child to eat more of the forbidden food and to become more disconnected with their body. They are likely to grow up with an increased risk of emotional eating, and a higher BMI, especially for women (Galloway, Farrow and Martz 2010.)

When you label food as “bad” you feel as if you’ve done something wrong by eating it. Once you’ve broken being “good” you think “well I’ve blown it now, I might as well finish the packet and have a pizza tonight, and I’ll be “good” again tomorrow.” Though for me it was always Monday, I always had to start being good on a Monday. You end up with a black and white mentality, and it’s the feeling of guilt around the food that triggers the negative behaviour in the form of overeating. NO food is morally bad, sure some are more nutrient rich but the odd doughnut isn’t going to affect your overall nutrition – it should be about balance, and what you’re doing regularly and consistently rather than occasionally.

I tell my clients not to focus on what they think they “should” or “shouldn’t” eat, but instead how good the food makes them feel. That puts the control back with you, because instead of saying “I shouldn’t eat that,” you start asking “Would I like that now?”

Another influence can be poor body image as a result of cultural, peer or parental expectations. The media spins out ideals of what they think girls should look like and that gets absorbed by the impressionable young. It can also be hearing a parent put themselves down, saying “I’m too big for that,” “I shouldn’t eat that” – it makes the child think their body will never be good enough. Children do as we do, not as we say. So if you’re not joining in to eat, or not going in the sea because you feel embarrassed about your body – children pick up on it.

I feel that the tides are gradually changing with Body Positivity, Heath at Any Size (HAES) and i-weigh (a campaign launched by Jameela Jamil to show that women’s worth is greater than their weight.) But we also live in a world of social media, of enhanced body shapes and of perfection seeming obtainable. It’s worth bearing in mind that only 3% of women have the same proportions of the top models featured in magazines, and that the average model weighs 23% less than the national average.

I think we should learn to be in a place of Body Acceptance, meaning to love and respect the body you have, treat it with dignity and kindness and being grateful for your body and what it does for you (bearing children being one of those things!) We only get one body, and it’s our house for life, so we should celebrate it. Some ways I’d suggest starting to do that, is to stop comparing yourself. We are all designed to be different, and half the time the people we are admiring are full of doubt about themselves. Not body bashing, we can say the nastiest things to our own bodies – but imagine you said it out loud to a friend, I doubt they’d stick around. Negative self talk is so unnecessary, try and speak kindly to yourself as you would to a friend.

For me a healthy relationship with food is about;

1) Listening to your body – eating when you’re hungry, stopping before you get too full and eating what your body is asking for.

2) Looking after your body – giving it good nutritious food, moving your body in a way that is enjoyable and sustainable.

It’s about flexibility, balance and consistency, and not seeing everything in black and white.

Sarah Moore is founder of Kale and Cake, that offers Eating Psychology and Nutrition Coaching for a healthy relationship with food. She has a diploma in Eating Psychology (Distinction) and Diet and Nutrition (Distinction.) She offers clients one to one consultations via Skype and offers a six week course to a good relationship with food that explores moving away from diet mentality, tuning into and trusting your own body, feeling in control around “forbidden” foods, emotional eating and body acceptance.